Due to lack of sleep last night, I’m feeling somewhat mixed-up on this fine Friday. We had a string of car burglaries on our street late last night, and luckily my buddies and I happened to be in the right place to call the police and they were busted pretty fast off the cuff. This is not a big deal because I’ve already got enough excitement to exceed my daily dose this whole week.

I’ve got a lot of stuff on my mind because I’m stuck between a rock and a hard place. Things are all up in the air right now. I’m getting ready to move from Cedar and I’m trying to consider the things that are most important to me. It would be nice if there were more of a real job market in Cedar City, but 45 miles south of my hometown is where the economic reality lays in reach.

I’ve had an amazing week with so much to describe that I don’t know where to begin or what I should do? Because of this cross-roads, I’ve divvied this down to the very moment, the present. Meaning, I’m not going to worry about the past or future but just try to live day-to-day and see where it takes me and see if there’s something that I can do to adjust the outcome of my destiny or what happens.

The important individuals in this moment can have a real impact on the outcome of how this will play out for me. Based on circumstance, anything is possible concerning heart-felt dreams. Some of these thoughts are too personal to share on a public blog. So I’m thinking of what I should do, and how I should go about doing it. Wow… All I can say, is live life to the fullest and have a lot of faith. Believe in yourself and hope for great things to come to light. 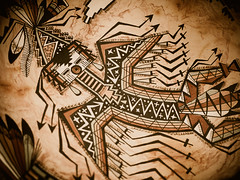 There is a slight breeze coming through the window blinds and the face of sunlight creeps against the bedroom wall and edges down the hallway towards the bathroom. The blazing star begins another summer day as I drag myself out of bed and down the road. The Jeep starts up with a clogged fuel filter which needs to be changed this morning or today. There’s a few other problems that need fixing on the Cherokee but I take on each day without too much worry. I’m just need the next serious adventure.

The neighbor’s window chimes dance in the wind trying to conjure up desert fairies. Cloud ships sail on the wind across the landscape. Like a flash of memory, I’m driving out somewhere unknown, down a wasteland road with the crazy distance blowing in my hair and I am thinking of a far off place, out in the galaxy, lost in the stars, dreaming. I’m traveling through the universe past black holes and alien supernovas. The voice of the mystery of mysterious resonates with the endless ages and I am just a small glitch on God’s intergalactic radar. He moves the clouds that turn yellow wild daisies eastward on the mountain top and Aspen leaves clap with each twisty gust.

Some days like these, I have no care in the world after suffering as a bleeding heart dreamer that longs to be understood. Yet, I remain calm in the silence of the wilderness when all other faucets of life grow turbulent. Manhood is not much different than childhood. Men need love like a child needs affection. In the wild turning of yellow daisies and dark lightning storms that love is discovered in dreams, faith, and hope for a more profound future that is either based on passion, visual aesthetics or incredible goals being achieved. The same discovery is made fighting the woes of human suffering & misery while walking the walk. I want to have a brighter future where not all things are misunderstood and the thin threads of truth can be seen running amongst misguided strings.

Writing is one way to fracture the confusion and myriad of complex thought processes in order to streamline the whole grand scheme and simplify a dreamers quest through the world of the Unknown and the Uncaring. Because I do care but I cannot understand the vast majority of humans in this world and why they are so cruel to each other or to anything. What is with the hostility? Why are people so mean to each other? There is the inherent evil in life that cannot be quenched or quelled, or changed. We are forced to live with our own darkness. This reality is like poison and the only way to change it is to seek the truth beyond lies and half-truths. During all this rambling though I am relieved to hear Edward Abbey when all else seems to fail and his words put a smile on my face. At least for now and I quote Mr. Abbey:

“Do not burn yourselves out. Be as I am– a reluctant enthusiast…a part time crusader, a half-hearted fanatic. Save the other half of yourselves and your lives for pleasure and adventure. It is not enough to fight for the land; it is even more important to enjoy it. While you can. While it is still there. So go out there and hunt and fish and mess around with your friends, ramble out yonder and explore the forests, encounter the grizz, climb the mountains, and bag the peaks…. and I promise you this much: I promise you this one sweet victory over your enemies, over those deskbound people with their hearts in a safe deposit box… I promise you this: you will outlive the bastards.”

About 5 AM this morning I threw on Levis and Redwing boots and rushed into the early February cold before the hint of dawn. As I fired up the Jeep it was so frigid that I quickly retreated into the house waiting for the engine to warm up. The day before, after church, I drove into the desert to plow in four-wheel-drive through fresh snow and get a good scenic view of the aftermath of a big blizzard that had moved through on Saturday. After turning on a random dirt road, I drove about 50 miles cutting fresh tracks in the new snowfall. It felt like I traveled back in time, very nostalgic. I’ve roamed these hills enough to believe it still is like the frontier days. As I looked off into the distance I thought I saw the Wells Fargo stage-coach heading towards the mining-camp of Pioche, Nevada.

Later on I was passing a bend in a canyon and witnessed two coyotes playing in the snow on the opposite hillside. They were unaware of my approach but took off over the ridge after getting spooked. Ten miles later, I came upon a large heard of sheep in a desolate basin scouring for the grass beneath the snow. Two huge white dogs guarded the bunch like vigilant cowboys. They barked warnings at me to stay in the vehicle.

I need to write more for posterity. My Grandpa Lamoreaux suffered a serious stroke recently and he was known as a story-teller in the family. But everything was oral. With the stroke, those stories and memories are lost in time. I grew up with my grandpa telling me about the lost Spanish Gold, claim jumpers, and ghosts. I regret not recording the stories of my grandfather & his prospecting days. All I have is what I remember him telling me. It was often when we were traveling back from the Alabaster mines on the other side of Bryce Canyon that he would begin a tale.

My love for the hills was spawned and nurtured by my grandfather and his love of nature and prospecting. My own sentiment about the landscape evolved in a different way. I’m not so much a prospector or capitalist like him. More or less, I love the wilderness because it is all we have left. I want to see things go back to the old ways. If I could I’d reverse time and send everyone back to the days of their ancestors. I just love the history of the red sandstone and the deepness of the canyons. The history it still there, haunting these places and we are another chapter. Those canyon will still be there long after we are gone. When I’m in a sandstone canyon there’s nothing more archaic than the echo of a hungry ravens as it glides above the sandstone rim & or the distant thunder of a monsoon cloud-burst off in the distance, or the trickling stream winding it’s way through a rattling grove of Cottonwood. I live for the simplicity, ruggedness, and the rough terrain of Canyon Country, and getting up before sunrise. My gold mine is the beautiful places that have taken root in my heart.

I’ve lost sight on occasion of these most precious things in my life. God created these holy places to seek refuge from the bitter storms of life but I’ve allowed myself to get bogged down like everyone else who gets plugged into civilization. Our modern lifestyle destroys our connections to the Earth and the land. I haven’t forgotten my roots, and I am going back to them. I’m familiar with the canyons and high plateaus of Utah where the meadowlark still sits on the fence-line in spring, singing in as the morning dew glitters in the sun-rays. It’s almost March and I am feeling so restless with summer fever. I’m restless and was up before sunrise with the neighborhood in a slumber.

So I’ve returned from the drive – rejuvenated by snowy country roads and greeted by the sun as it rose from the East. I beat the dawn and it lengthened my day. Life is super-short, why spend it sleeping!? I’ve also been so distracted trying to locate my better half, and haven’t met a girl who loves the mountains & canyons as much as I do. Well, may I have? It’s too early to tell! It’s the end of February and winter is ready to fight. I don’t mind the Spring snow. It’s expected but unwelcome to most who live in the high desert. As a photographer, I always welcome stormy weather but I really love seeing snow slush on green grass and yellow daffodils. The first cricket started singing in my apartment yesterday. He was telling me that Spring had arrived!