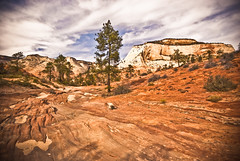 It’s 1 A.M. in the morning and I am inspired to write. Why is that? This thought came into my head because I no longer suffer from the writers block. All of a sudden I feel inspired to write. Life is like a river. I’m a desert rat and river rat and this is how I live. The desert canyon country is my dwelling. Because life is a river, I do not know whats around the next bend in the canyon or when the next major rapid is going to challenge my raft.

So I spent the whole evening watching episodes of the X-Files and the adventures of Scully and Mulder. They are two complete opposites but they make a team like bread and butter. It’s nice to see the harmony between the two FBI characters as they investigate the paranormal mysteries of our time. Ya, it’s just a TV show but I have a lot of affinity for it and I am not one to watch television at all. I spend most of my time taking pictures or going into the hills looking for the shadows that creep in stone labyrinths of the wilderness. I’ve had my own experiences with the Unknown and the unexplainable. Who knows what’s out there? But if you go with me on enough adventures, you too will experience the same phenomena.

The mountains, desert, and wilderness have shaped my politics and how I see the world. It was the starting point that I began to dream about things bigger than myself. It all starts with something as simple as being in nature and listening to the wind. That’s where the real power in this world resides, not in materialistic ignorance or the lustful trinkets of our modern secular world.